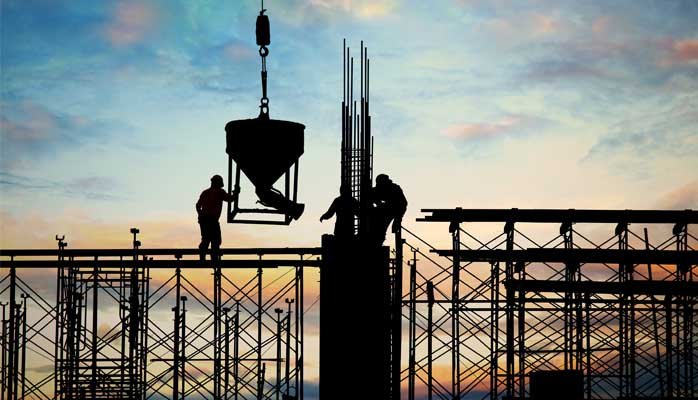 From a vanguard point of view, builders and construction companies in general are trying at all costs to obtain contracts with companies that generate reputation within their market. However, the environment is the first thing affected in this regard and does not go unnoticed for Construcciones Yamaro.

This company has managed to create an awareness plan to carry out their work, keeping a series of policies to protect the environment and to avoid pollution as much as possible, whatever its type. Construcciones Yamaro has developed six principles:

According to Construcciones Yamaro, companies can obtain new corporate culture in line with the global challenges of today: economic crisis, environmental disasters, climate change, access to water, among others, in order to give that knowledge and consciousness to the communities. Some of the activities that can be considered as corporate environmental responsibility go beyond the own benefit for the company and spread to every participant in the society, as well as the impact on the environment.

In the current globalized Venezuelan society, hand in hand with environmentalists, architects, civil engineers and workers will work together to meet all possible expectations, since the need of creating information-leanings and working table discussions about the topic is very important, as well as using solutions for sustainable development, planting thoughts of environmental measures to the communities that will benefit from the construction works, without neglecting the present conditions the country offers to operate at full capacity to obtain an expectant vision for the future in the broad construction market. 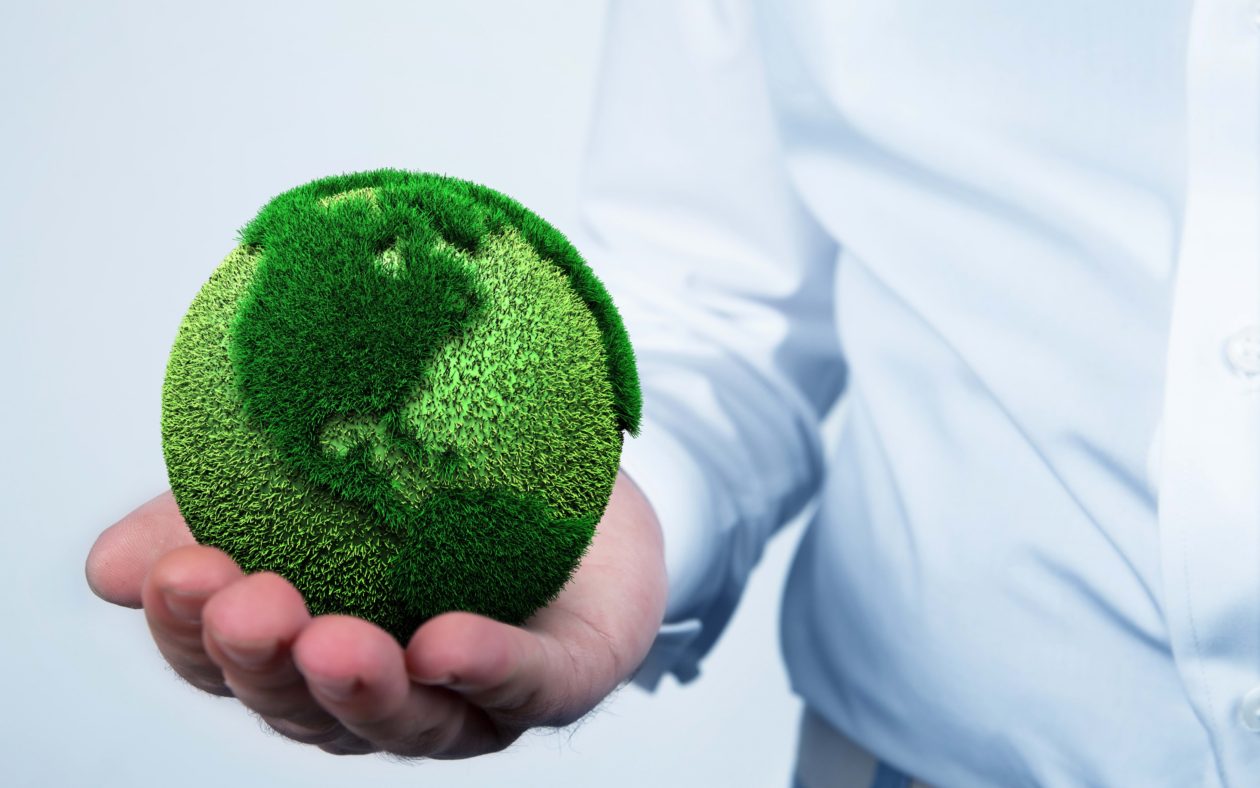 Climate change has not only and important impact on climate itself, the environment and the preservation of some of their inhabitants and species, but also affects and puts food security at risk, promoting shortages of certain foods or significant drop in the rate of production of certain products. Today, Construcciones Yamaro wants to dedicate this post to those construction companies that also concern about environment and create different corporate social responsibility campaigns to give something back to the planet.

Carbon dioxide (CO2) is one of the determining factors in global warming gases, one of the main responsible factors for climate change that our planet is facing today. Fortunately, plants have the ability to absorb carbon dioxide in order to release oxygen. This simple biological process makes us understand the importance of trees for the protection of life in our planet.

Reforestation has become over the years one of the most significant projects that corporate social responsibility has developed in certain companies, especially those that include deforestation during their construction activities in order to obtain raw materials or for papermaking.

Many companies have focused on the task of making from reforestation an activity that can also involve some communities in order to promote the value of conservation in people as well as the importance that nature has in this crusade for the conservation and protection of the planet. In this sense, constant tree planting campaigns, financed by reputable firms, have voluntary participation of altruistic or ecofriendly people.

Experts also recommend companies to bet on the ecology, as this can connect to a healthy population with a huge desire to collaborate and make their contribution to the change. Through such initiatives, highly visible firms can harmonize with their surroundings, reducing the violence and impact on society and the environment. 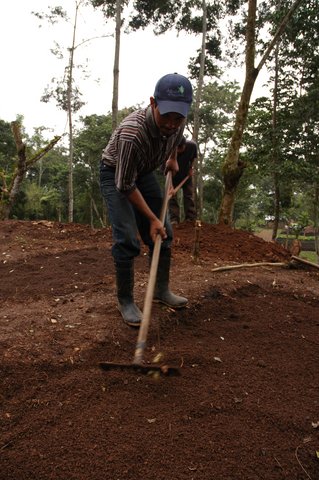 Many  companies make every effort to give back to nature, through coherent conservation programs and corporate social responsibility, part of what is taken from the environment in order to restore ecosystem properties resulted from the inevitable impact of the industrial production. This topic is one of the most important aspects considered by Construcciones Yamaro, that is why, today, the team has decided to provide you some information about the environmental care through different examples. Keep reading!

The company Duwest, in Guatemala, has managed to reforest about 73 hectares near its industrial plant in that country; this important environmental project mitigates CO2 emissions; however, the contribution of this company does not reach only to that practice, since Duwest has implemented in its offices a technology that allows them to save more than 17,000 gallons of water.

Other good example is the case of the company Kimberly Clark and the Channel 7 in Central America. They both have joined forces to promote the AmbientaDOS campaign, one of the greater environmental initiatives with more impact in Costa Rica, which has managed to recycle in seven years more than 16,000 tons of material. Both the television network as the company that produces paper products and articles, among other things, have promoted about 85 consecutive seasons, with remarkable results.

Also, Hanesbrands in El Salvador has a CSR program that the environment and all citizens are grateful to. Each year this company manages to recycle about 2,500 tons of waste in order to finance their projects, in addition to volunteers who have planted more than 74,000 trees in two protected areas of this nation. Since 2010, this Salvadoran company has invested $ 3 million in projects related to conservation.

Finally, we can consider the example of The Merendon Project which is an initiative promoted by the Cerveceria Hondureña Foundation. This project has a main objective to preserve the Merendon range. To do so, the brewing company chooses to promote environmental education for children and has the support of the World Wide Fund for Nature, better known by its acronym WWF.

Construcciones Yamaro has been always aware that everyday our climate is more variable and different, the winters are not as cold and heat increases and rains can come at any time. Researches in the world show that pollution spread by humans is growing and, responding to that phenomenon, the planet is getting hotter and more polluted space. All this situation is also considered by the company in every work the team starts.

According to Construcciones Yamaro, companies can obtain new corporate culture in line with the global challenges of today: economic crisis, environmental disasters, climate change, access to water, among others, in order to give that knowledge and consciousness to the communities. Some of the activities that can be considered as corporate environmental responsibility go beyond the own benefit for the company and spread to every participant in the society, as well as the impact on environment. Those activities can be:

In order to avoid causing more damage to the environment in the Venezuelan environment, Construcciones Yamaro seeks to use materials that do not emit toxic substances neither in the production process nor in construction, in order to avoid unhealthy or dangerous risks for those who inhabit the surrounding environments. In this regard, the work at Construcciones Yamaro must be designed in such a way that the products do not emit pollutants or waste that may change the quality of the environment and create danger to people, animals or plants.

With the financial support approved by the President of the Bolivarian Republic of Venezuela, Nicolas Maduro, today the execution of works on the stretch Colon- San Felix on Highway San Cristobal – La Fria  is progressing very rapidly. The inhabitants of the towns close to the Viaducto La Colorada, which will link the two towns in the north of the border entity will deeply appreciate on-site collection of structural elements (beams) to be used in the construction process of the stack under construction, according to the information provided by Saith Franceschin, leader of the Institute of Roads in Tachira state (IVT).

According to Franceschin, there were recent inspections in the north region, the team evaluated the progress of the work in progress on the Highway, and could appreciate the progress regarding the repair of the geological fault in the section of San Pedro del Rio, as well as the consolidation of 7 kilometers of new road between Colon and San Felix, asphalting between San Felix – La Fria, and between Lobatera – Colon; all works in the hands of the Foundation Pro-Patria of the National Government.

He also said that the social impact of the works will provide a better quality of life to all citizens in the city of Tachira, as they will be able to count on a highway in the best conditions, causing a significant decrease in time during the trip for all users. This also includes the promotion and improvement of the economic activity throughout the region and ensures greater road safety aspect.

In this sense, Construcciones Yamaro in the construction sector has been commissioned to send a message to the Venezuelan population: the environment is a key element for the start of every work, whatever its magnitude. Any material used, machinery to be transported, and even waste, must be handled properly to avoid pollution and destruction and possible diseases to the inhabitants of the near areas. 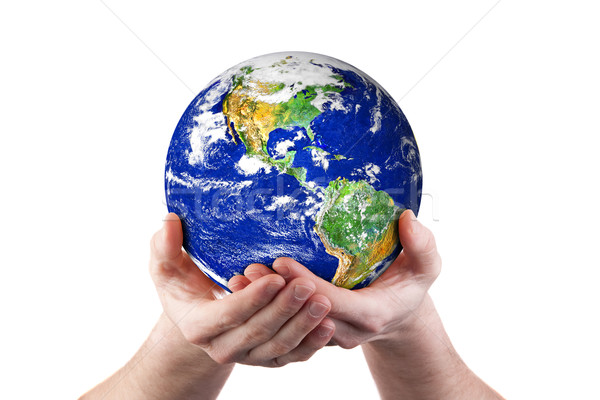 Many people may think that having the power of association between a science such as engineering and other such as sociology and its various branches has poor results or has no sense. However, the reality is that today it is not possible to separate one from the other.

The company’s principles and values instilled to its employees, from the moment they enter the organization, must be premised on ensuring the quality of the work performed and for the environment where it is built.

Regardless of the environment where the person is working, Construcciones Yamaro has taken into consideration as a main value to avoid using substances that can be capable of harming the nature, flora and fauna in the environment surrounding any of its works. All this means that the company has reinvented itself in its market, becoming a pioneer of the Venezuelan construction, while positioned as an example to follow for competition and other companies, regardless of the market in which they unfold.

Construcciones Yamaro works incessantly every day under these parameters, to the point that within its management -it can be during one, three, six and twelve months- many direct or indirectly competing companies have joined the initiative to construct large buildings, but with the least possible chances or risk of pollution. Currently, there are some studies conducted to demonstrate which the market is, how often they change their methodology and analysis are performed to discover what kind of materials -anticorrosive, minerals, and tools- should be used to avoid any negative changes in the ecosystem.

Corporate Environmental Responsibility always favors improving the place where we live and where the companies operate by reducing environmental costs and the costs of the company: the proper use of natural resources, it also reduces costs of energy, water, raw materials, waste, etc. This is a really serious topic for the company, so it is important to remember that Construcciones Yamaro guarantees the best quality in its works, while minimizing all risks of environmental degradation.