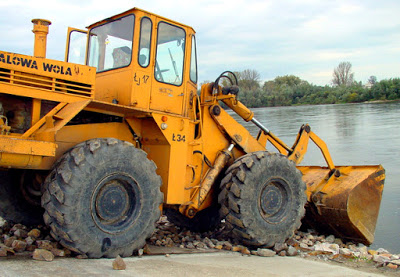 A brief history of the works made by Yamaro

Contrucciones Yamaro is a company created in 1969 by two Italian immigrates who came to Venezuela. The enterprise is known for its commitment, responsibility, and seriousness.

Contrucciones Yamaro is a Venezuelan enterprise that has almost 50 years of history in the building industry. Yamaro is dedicated to the development of roads, motorways, and buildings in Venezuela. It aims to bring innovation to the infrastructure of the country and offer solutions in the construction sector.

The enterprise was created in 1969 by Pasquale Iachini and Alfonso Marozzi, two Italian immigrates who dreamed of creating their own business. The company started in Apure, but in that state, there were other companies with more experience. Despite this, Yamaro started to grow and gained recognition in the building industry thanks to the excellence of its services. At this point, the enterprise was consolidated as one of the most important in the country.

Nowadays its CEO is Armando Ianchini, who affirms that the commitment, responsibility, and seriousness in their projects were keys to the growth of Construcciones Yamaro. The first projects were for the Apure Government, where the company participated in the creation and development of public works for the state and the community. The result of these projects contributed to the company’s reputation, which spread around the country.

The highway San Fernando-Puerto Paez located in Apure was one of the first important projects conducted by Construcciones Yamaro. In this period of growth, the company created the values that identify it until now. These are ethic, teamwork, commitment and timeliness.

After this, Yamaro started to work on different projects throughout the country, building important works for the Venezuelan infrastructure. The enterprise developed projects in the city of Caracas, among which are:

Improvisation and piracy don’t exist in the works that Construcciones Yamaro develops. The good service and excellence are important for the company, and this has made it dabble in building projects from other parts of the country. Some of the most important works include: