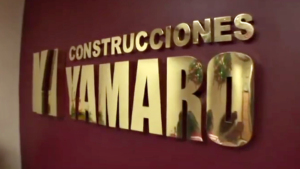 To Constructions Yamaro, and its president
Armando Iachini, corporate social
responsibility of companies in Venezuela is of utmost importance for the
country’s development.

The reality of research in journalism

We
emphasize that the investigation journalism is one of the most attractive and appealing
areas that the practice of journalism have, but also one that has to be
extremely careful in collecting and publishing
information, that is carried out thanks to ideas and projects that has
content or events of great relevance to society and that tend to be hidden due
to the concealment of some organisms. To make a good investigative
journalism one should consider:

Choose a research topic: A good reporter has the ability to
sniff out good content for a report, with only a word or phrase he hears, or
news that are published in a newspaper or broadcasted in a televised newscast
or through the radio, even reading a book can also be a source of ideas for a journalistic
investigation. It can be worth of government sources, press conferences,
previous work, interviews and testimonies.

Ask without fear: Sometimes, professional journalists
are intimidated by not knowing a specific topic, experts advise to be rid of
all pain and have security when
boarding a fact. Having a scheme or a questions program that you want to pay
attention to is ideal. Keep track of the information provided by government agencies, enterprises, for the investigative
journalist the aforementioned allegations and campaigns against some character
are key to have information.

Research: For investigative journalism, we
must investigate, not to stay with the obvious, because, to deepen, you can
find facts that are not public knowledge, such as corruption cases, figureheads, environmental pollution scandal in
the medical field , government investigations personalities, among others.

To look for help: On many occasions, journalistic
work is favorable if people come together to work towards the same goal, in
this case to disclose information that has been kept hidden. For the main
objective for the journalist should be to bring information to the public, as
access to information that involves society is a right for every single
individual.

Use technology to your advantage: The different digital platforms should be used for to publicize the research work
possibly by traditional means can not be published. This means that even the
big media enterprises can be on the way to publish a certain information, so is
on the journalist to find the ways to make it reach as most people as possible,
in a globalized world there is a lot of means to do this.

What kinds of investigative journalism
exist?

Scientific: When research refers to any discoveries of new techniques that
contribute to improving health, benefits or damage caused by a drug, life and
work of a prominent physician. In other words, basically whenever there is a
scientific breakthrough or a horrific mistake.

Sports: doping cases,
the life of famous athletes, corruption in sports
organizations, athletes who do not have enough preparation to go to a
sporting event and take away the opportunity for other athletes that do have
the conditions to represent their country.

Politician: This is the most common research
journalism and where corruption, embezzlement, dirty campaigns, human rights violations are investigated,
laundered money, etc. Politics can be pretty shady.

Police: cases of police abuse, situations
that have to do with drugs, attacks, human rights violations, assassinations,
realities in prisons are investigated.

Cultural: Here it is grouped the various areas
that have to do with art either in music,
film, television, painting, cinema
and all that enrich the country with their customs, in the eyes of the world.

The
practice of investigative journalism should include positive traits such as:

·
Develop talents, Wits, imagination and skills to
carry out investigations of the topics, which in some cases are unknown but
which are of interest to the public.

·
Having
a good relationship with the team
and sources of information and subsequently to the publication of journalistic
work to be humble to recognize and accept criticism more difficult they are.

·
Take
advantage of all the tools that offer the Internet to make it available to a
good job to provide solutions to the
problems identified.

·
The
emphasis on good requires more creativity from the journalist and encourages
participation in the recipient, encourages the message that solutions are
possible and converts facts in a source
of hope and inspiring initiatives.

Although
investigative journalism also has its negative aspects such as:

·
The
negative approach that a journalistic research has draws attention, stimulates
curiosity, causing fears and anxieties,
induces passivity, but can increase sales or tuning points.

·
Emphasize
the dark side in people’s lives and the events explained in the work.

·
Not
encroach on the privacy of those under investigation not to adopt a severe and critical attitude around
public institutions or assume the role of judge. How can these points affect journalism?

Misuse of
investigative journalism can trigger difficult
situations for the journalist to the middle where he works, among which we
can mention the slander allegations that
can be done to a person or an institution for comment that they have said or
published that attempts against the reputation
and honor of the plaintiff, to make these allegations must be credible
evidence such as recordings and testimonials.

There
can also be the case of plagiarists
journalists that are those who are paid usually in dollars for the sale of information, preparation of a message,
making a report or give false information, concealing or deforming a true
story.

The ethics of a journalist must be based on respect and
corporate social responsibility, the media have become players in the social
scene, ideas and opinions of reporters have led the public to draw their own
conclusions with respect to events daily. Journalists have a responsibility to
make the viewer pose solutions to everyday events that are live and participate
to advance.

Although
sensationalism and gossip have taken over the media, journalists have a
responsibility to show the public the best way to build a kinder and more
humane society.